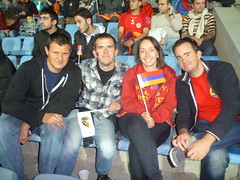 Last night in Armenia was watching the national team beat "the former Yugoslav Republic of Macedonia" 4:1. If only they hadn't scored the extra time goal, Kreidler would have won a whole $16. It was a great chance to see 15,000 Armenians side by side, cheering for something the could really feel proud of. There seems to not be enough opportunities for that spirit in this country. I wish them much success in the next and final game against my own motherland. 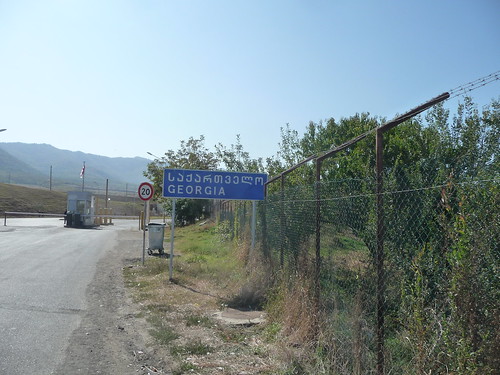 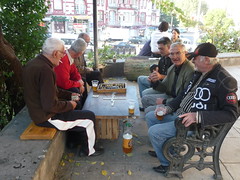 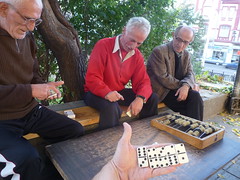 This morning I rode a marshrutka 4 hours north into Georgia. The capital Tbilisi is notably different than Yervan. A mighty river divides this city. It's residents are notably more ethnically diverse. The old town has incredibly diverse architecture and a real charm. Drinking on the street was unheard of in Yerevan, here it took me about 30seconds to walk from my hostel, to join a group of old men playing dominoes and drinking beers. We had no words in common, but part of the reason I love the game, is that you don't need words. We managed just fine. The biggest difference from the Miami version of the game Ikam's grandfather taught me was the use of an abacus to keep score. One of them was from the small village where I will try to get to tomorrow. I say try, because getting there will require 12h of marshrutkas. I'm a bit sick at the moment (down to just a runny nose, after a few days of a bit worse, but I'll spare you those details) so rather than being out enjoying a apparently delightfully raucus evening, I'm about to turn in for some needed rest.

<rant>I would like to be raped by T-mobile, to pay $45 for 10MB of data over the next 7 days, but they suck too much to actually be able to do that, despite their promises. This may be the last post for a few days</rant>